Last Saturday night I was really disappointed. I had gone out to Daddyo’s to see Blue Ribbon, a local band that’s getting a lot of good reviews. They had a Friday night gig at Daddyo’s listed on Facebook, which I had in the calendar, but they also had accidentally listed a gig on Saturday at Daddyo’s on Reverb Nation- which I thought I was going to. I guess I should have known that they wouldn’t play at the same place two nights in a row, but I thought, maybe it’s a special deal. Turns out, it was just a silly little mistake.

So, we got there, on Saturday, and of course another band started playing instead. I was really disappointed. Not by the band that was there- Soul Patch– they played some covers by Stone Temple Pilots and other bands I used to listen to in high school- and they were actually pretty good once I let myself get out of my bad mood and enjoy myself. But it wasn’t what I was looking forward to, and on top of that, it meant my calendar was wrong. 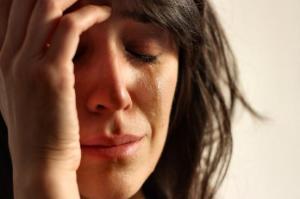 The calendar isn’t perfect all the time- and it kills me. This site is my baby and I hate to see it fail. I wish I had the time to call everyone and confirm the events beforehand for you. I wish it was always perfectly updated. But the reality is, my information is only as good as the sources I use, and sometimes they’re not reliable- even when, in this case, it was the band itself. (Hey- they’re musicians! Not secretaries.) Sometimes typos happen. It’s nobody’s fault- but I hate that it means that the calendar may lead you astray.

The upside to this is that you can usually find an alternate activity with the help of the calendar. That Saturday night, we went to Cogan’s after we left Daddyo’s and found the place packed and a pretty good blues band playing (Blues on Fire)- and then of all people, Bobby Blackhat comes out of the audience and played an epic harmonica duet with the lead singer. It was really awesome (for videos, go to the Cogan’s facebook page and scroll down to January 31). So, if you bomb out at one place, keep your chin up, don’t let the disappointment monster win, and try something else. 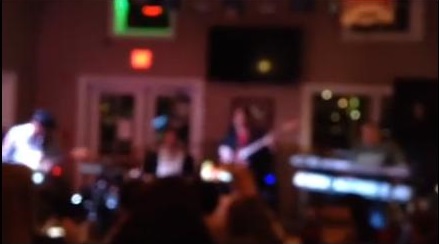 Artsy photo of Blues on Fire at Cogan’s

I’ll try to remember to put phone numbers for the venues in the descriptions of the events so you can call them from a smartphone while you’re out and about. And if you ever come across something that’s wrong- please, please email me or contact me and let me know so I can correct it. Also, if you’d like to help me out updating the calendar and adding events and/or writing reviews, please let me know! Ultimately, this site can’t be the work of one person- it’s got to be for and by the community to be a success. I welcome collaborators!